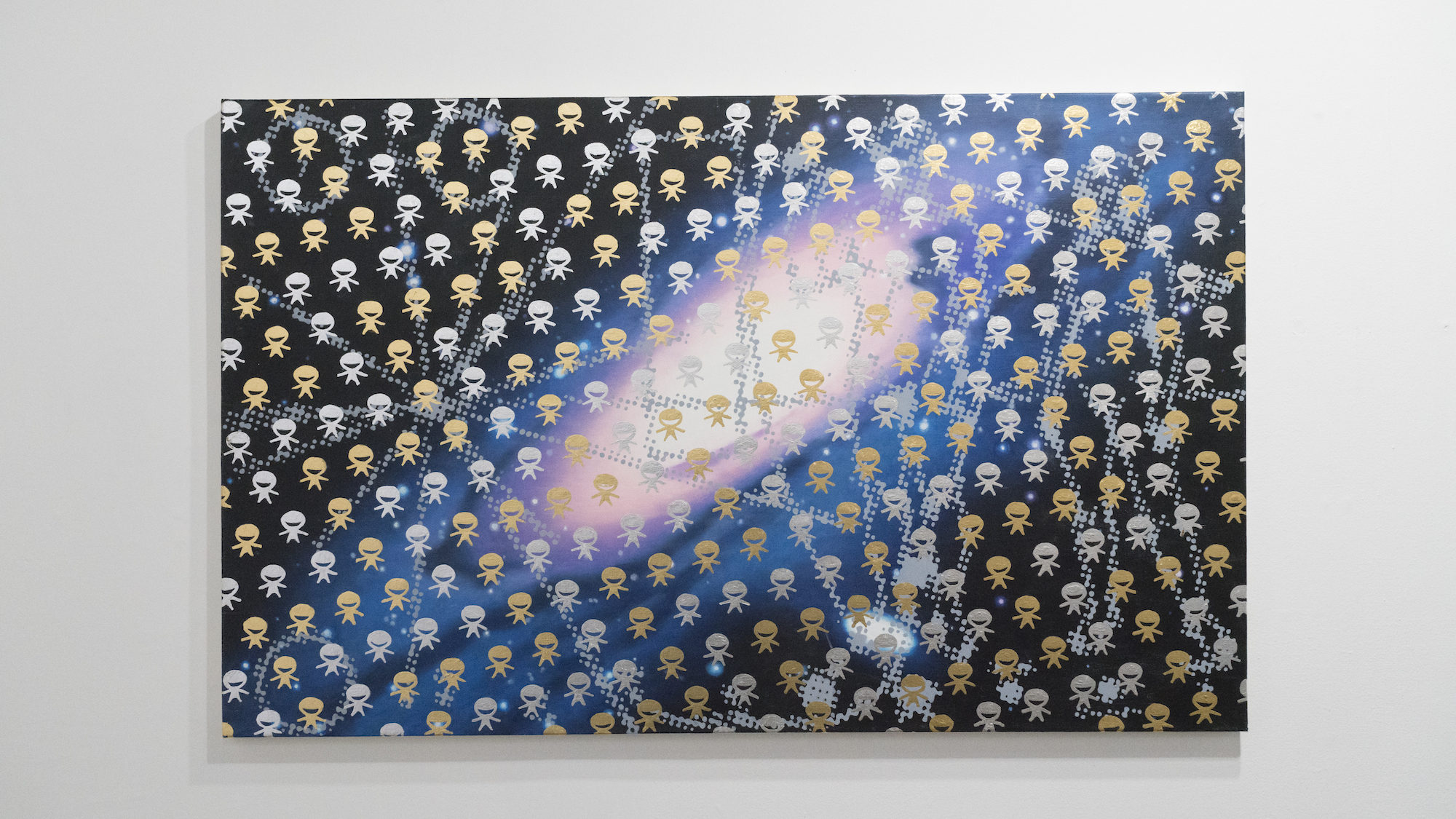 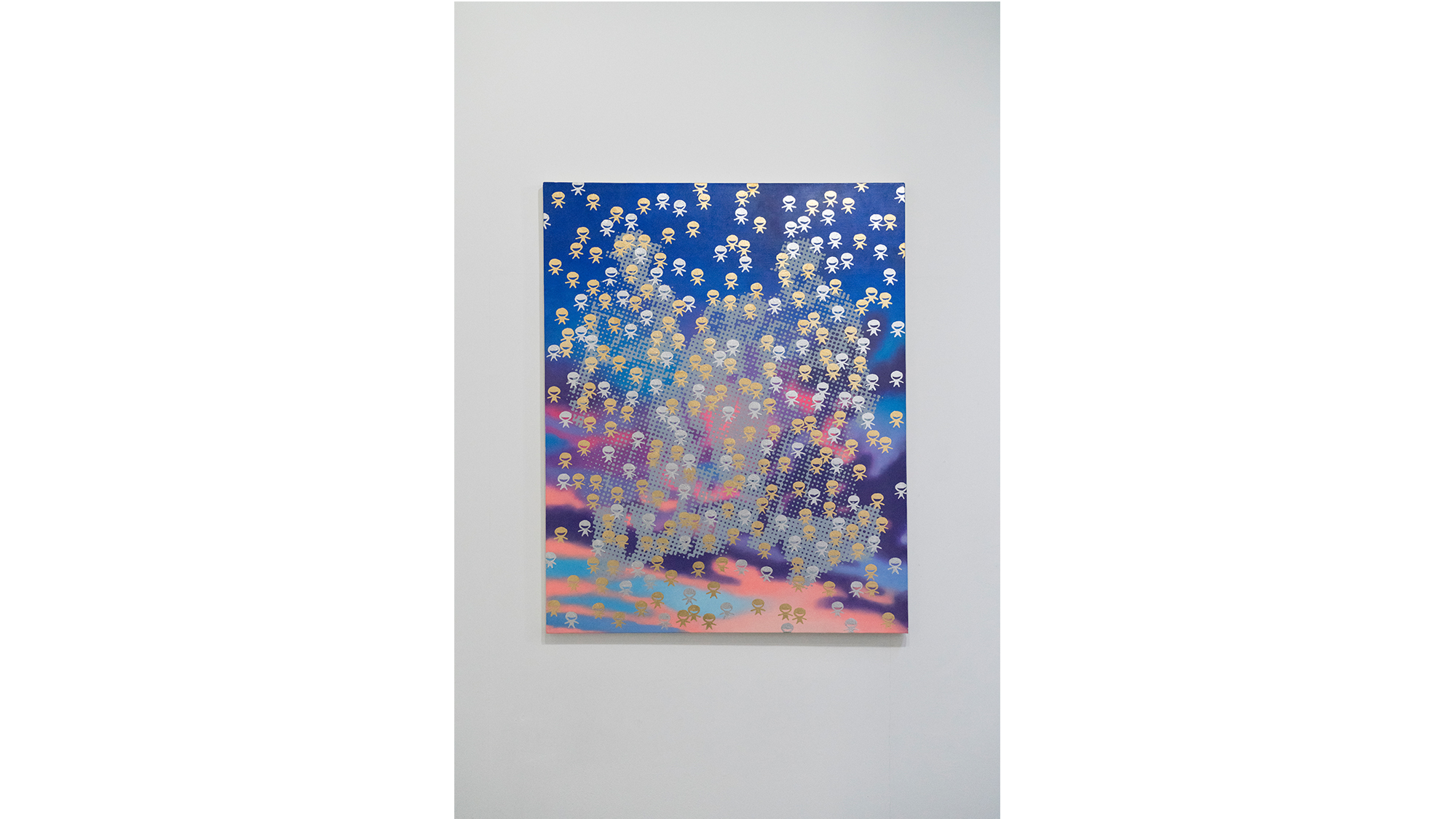 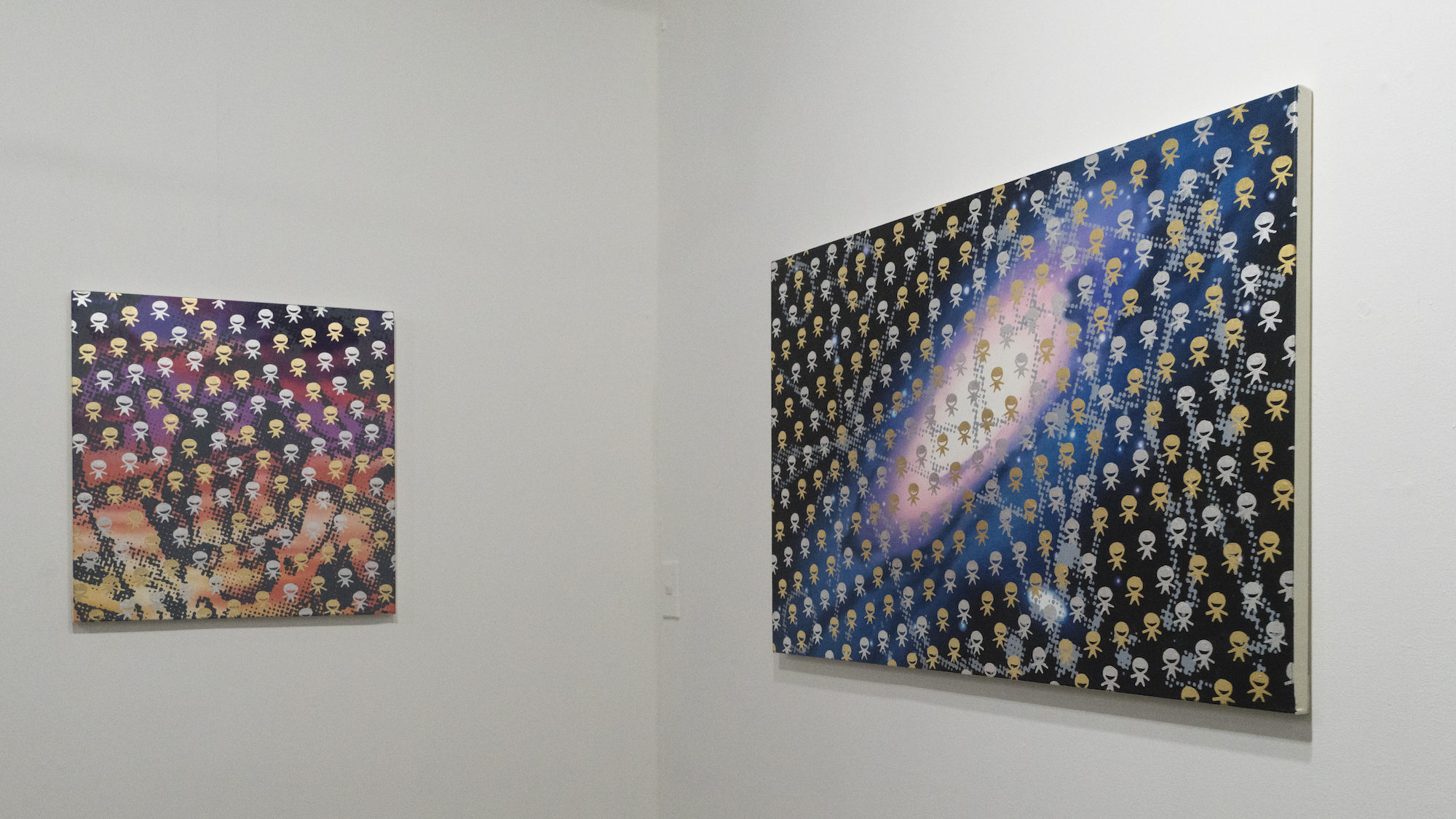 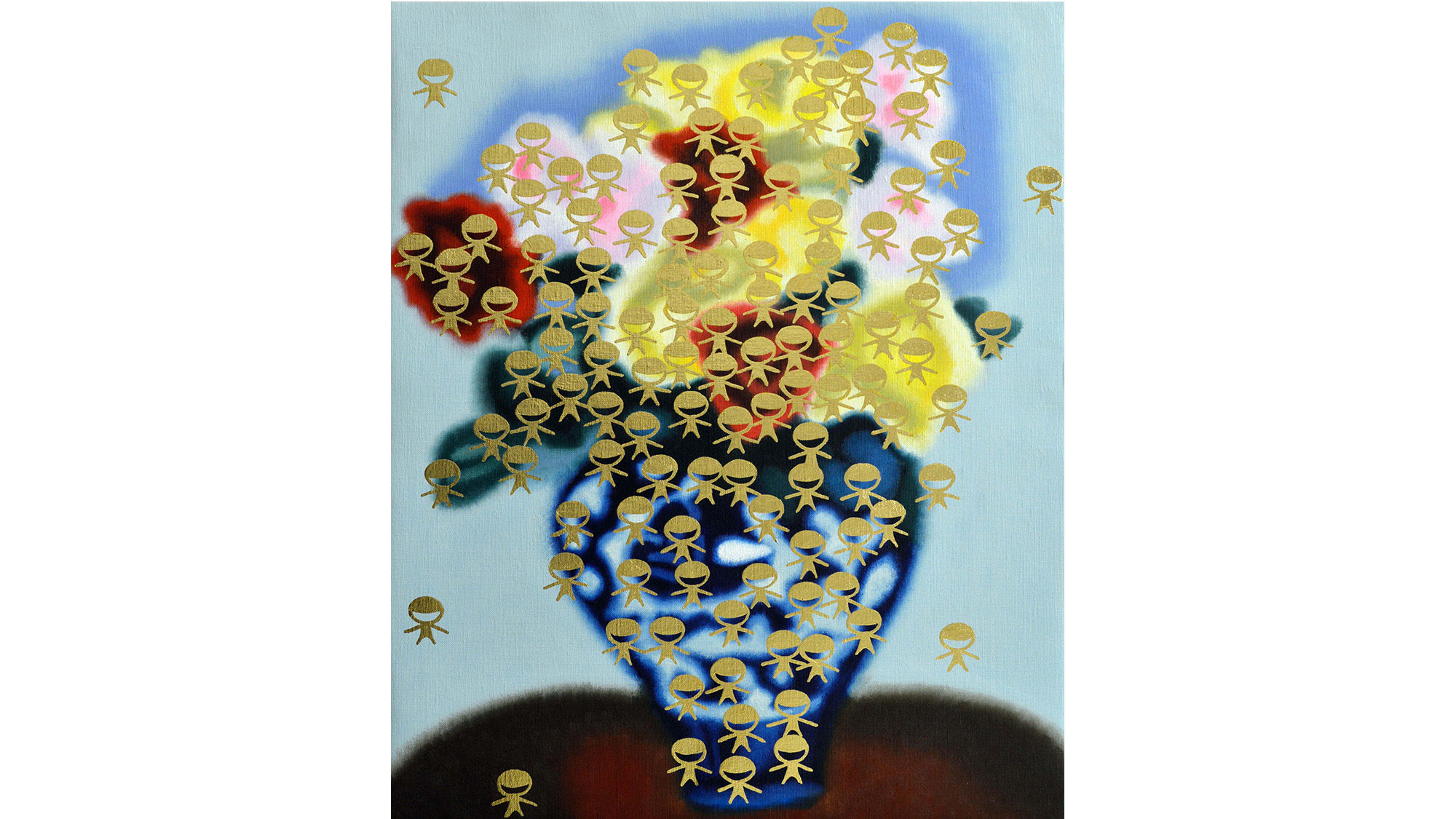 Around 1995, he began to examine “laughter,” the behavior itself, its meaning, and even the very existence, and expressed in his work many complicated layers of laughter. Around 2006, he then produced continually a series of drawings in which he drew “laughing spirits” floating in a landscape with a lotus pond, as seen at shrines and temples, where people have believed the real world encountered the ‘other side’.

Tokoyo: The forever unchanging sanctuary. It is believed to exist in the world after death and in the underworld. This is one of two critical world views in Japanese mythology and Shintoism. The other is ‘Utsushiyo.’ 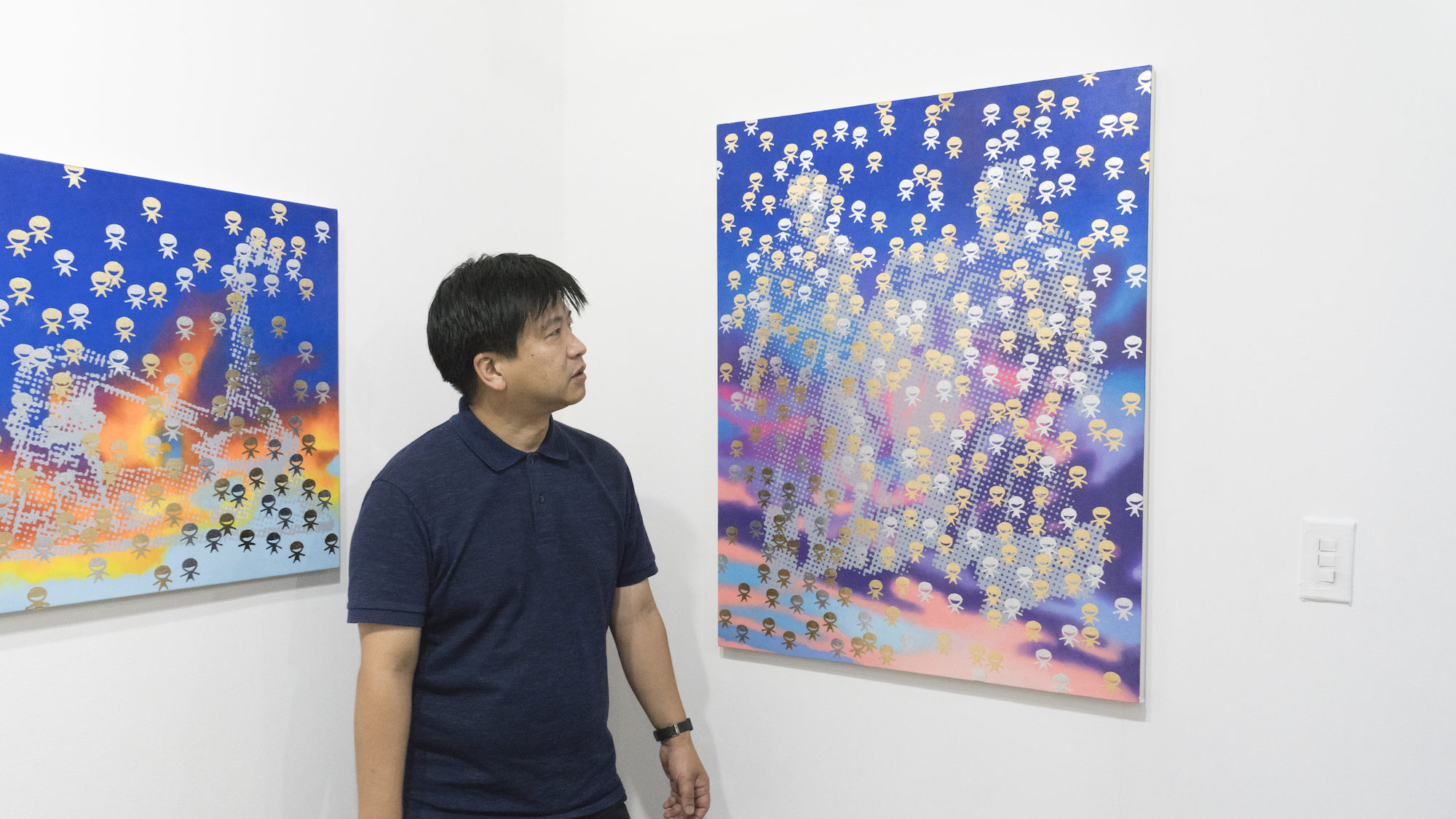 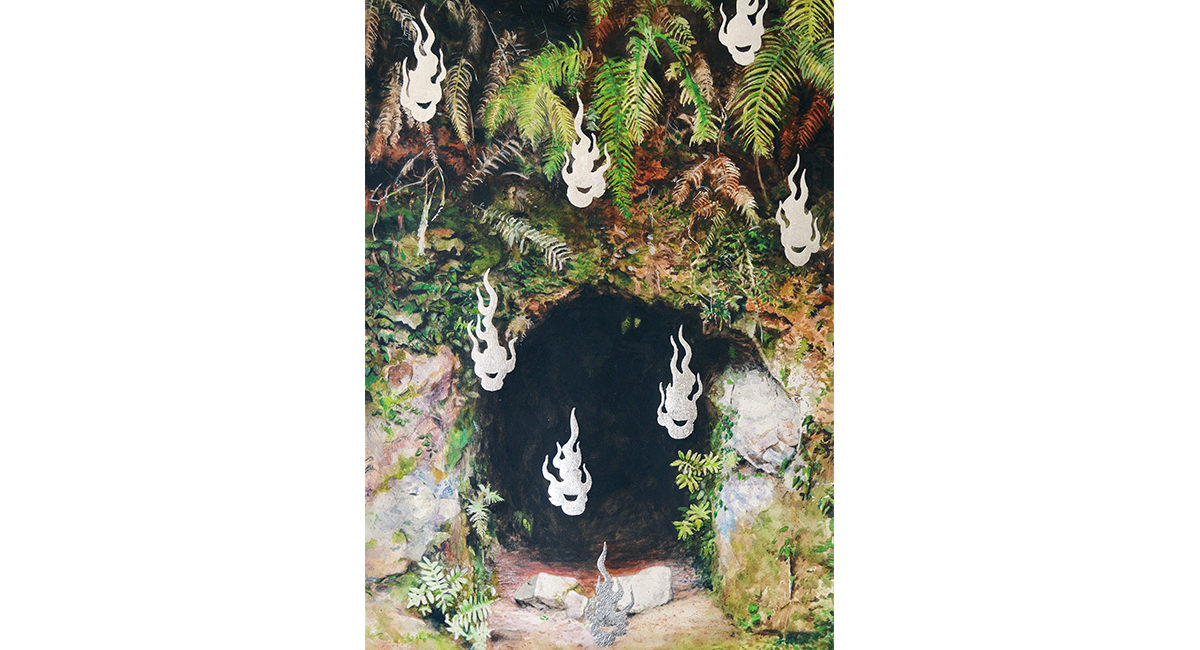