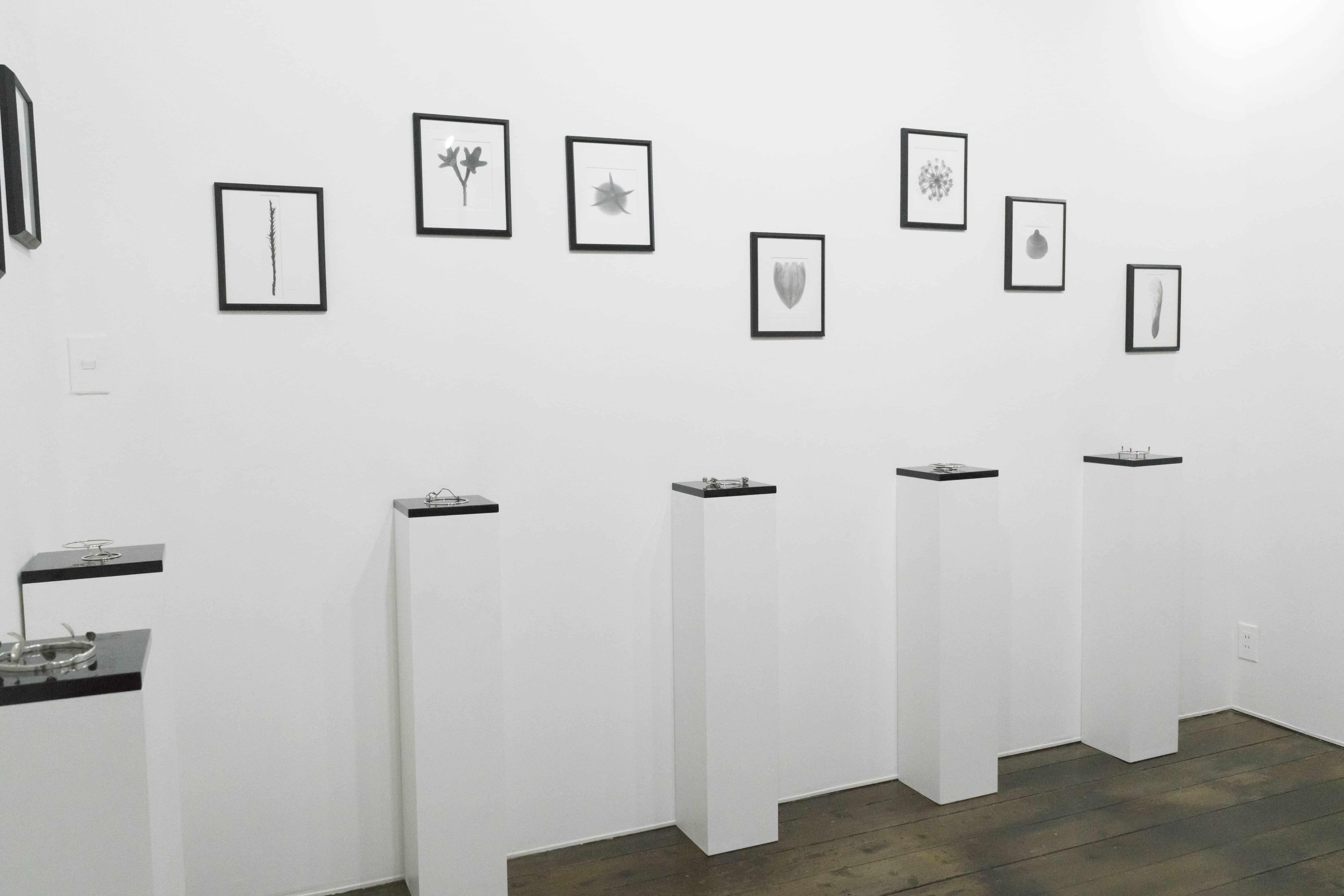 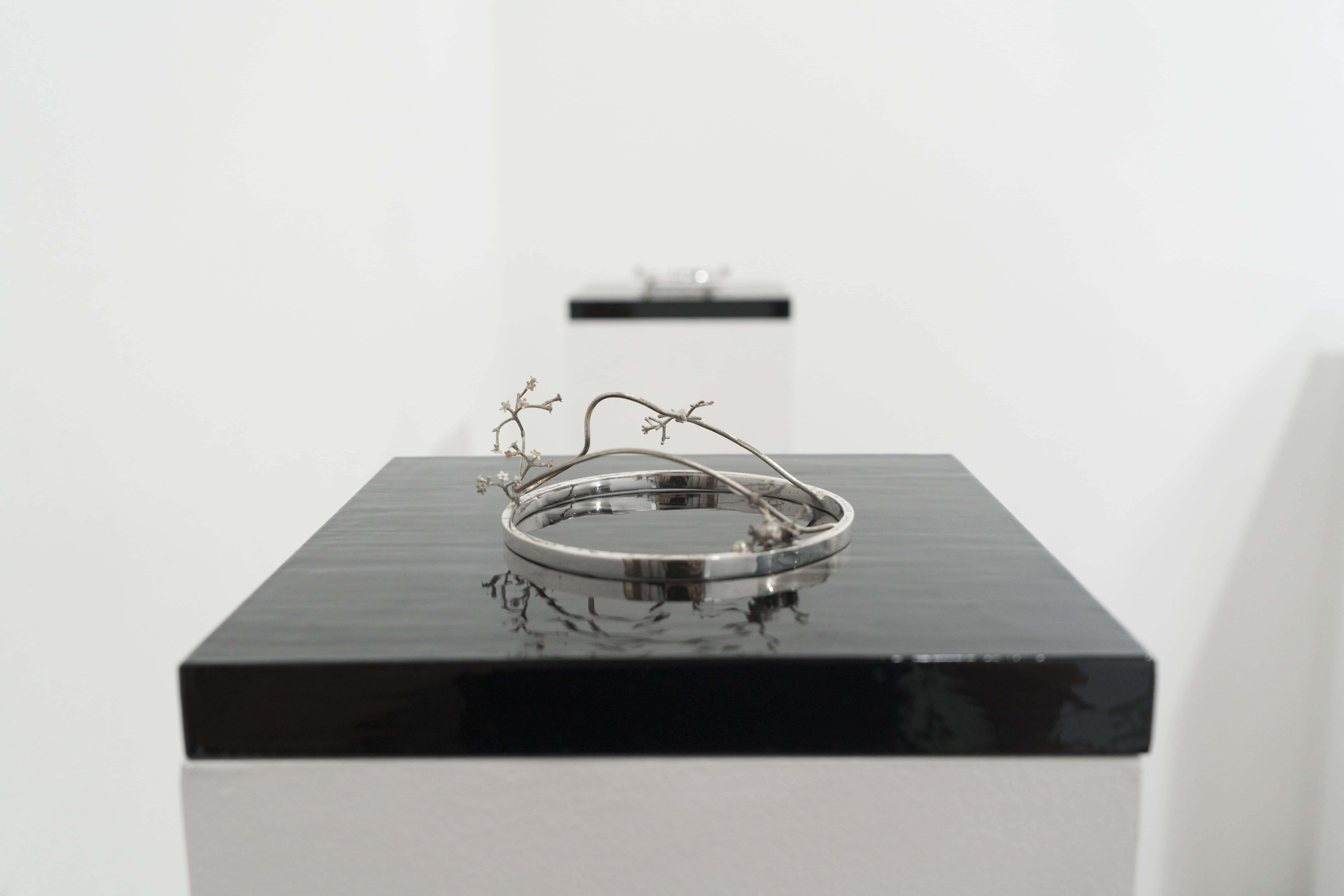 Tetsuji Seta began making small sculptures after studying metal casting at the graduate school of Tokyo National University of Fine Arts and Music, but, after gaining an interest in art medal in 2006, he began bringing them into his work.
His art quickly garnered interest due to the high level technical skil they showed, their unique style, and their dual layered structure, which slides and reverses one of the sides of the medals and connects them using plants.
The themes also contained two layers, with the nuances of medals in general, where they would be used for special events including war and marriage paired with the commonplace moments from Seta’s everyday life. Events for which medals are created are in themselves nothing more than the coincidental overlap of moments; Tetsuji Seta uses his medals to express such coincidences.
The plants used in place of metal mark a specific date and season, and act as proof that he was there. He produces works as one might write a journal.
In addition to winning the 32nd “FIDEM(Fédération Internationale de la Médaille d’Art)” Grand Prix in 2012 and the second “Jaap van der Veen / Teylers Museum Prize for the Contemporary Art Medal” in 2017, museums and galleries around the world, including the British Museum, are actively collecting his work. 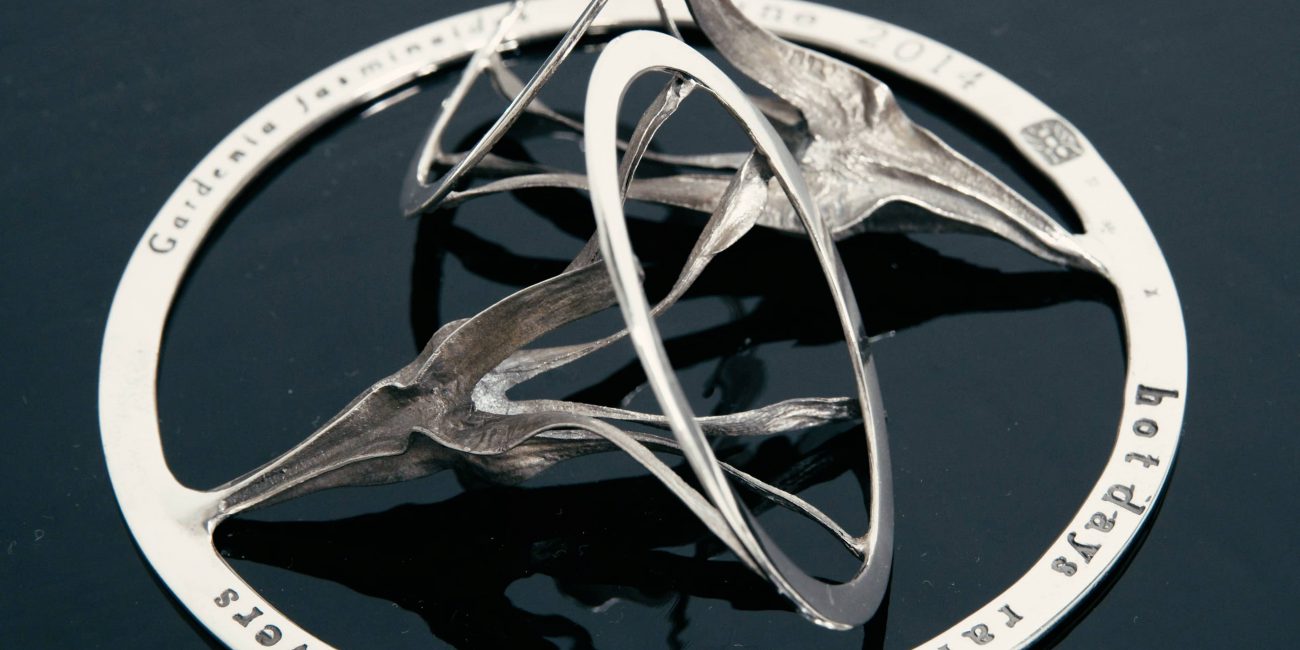 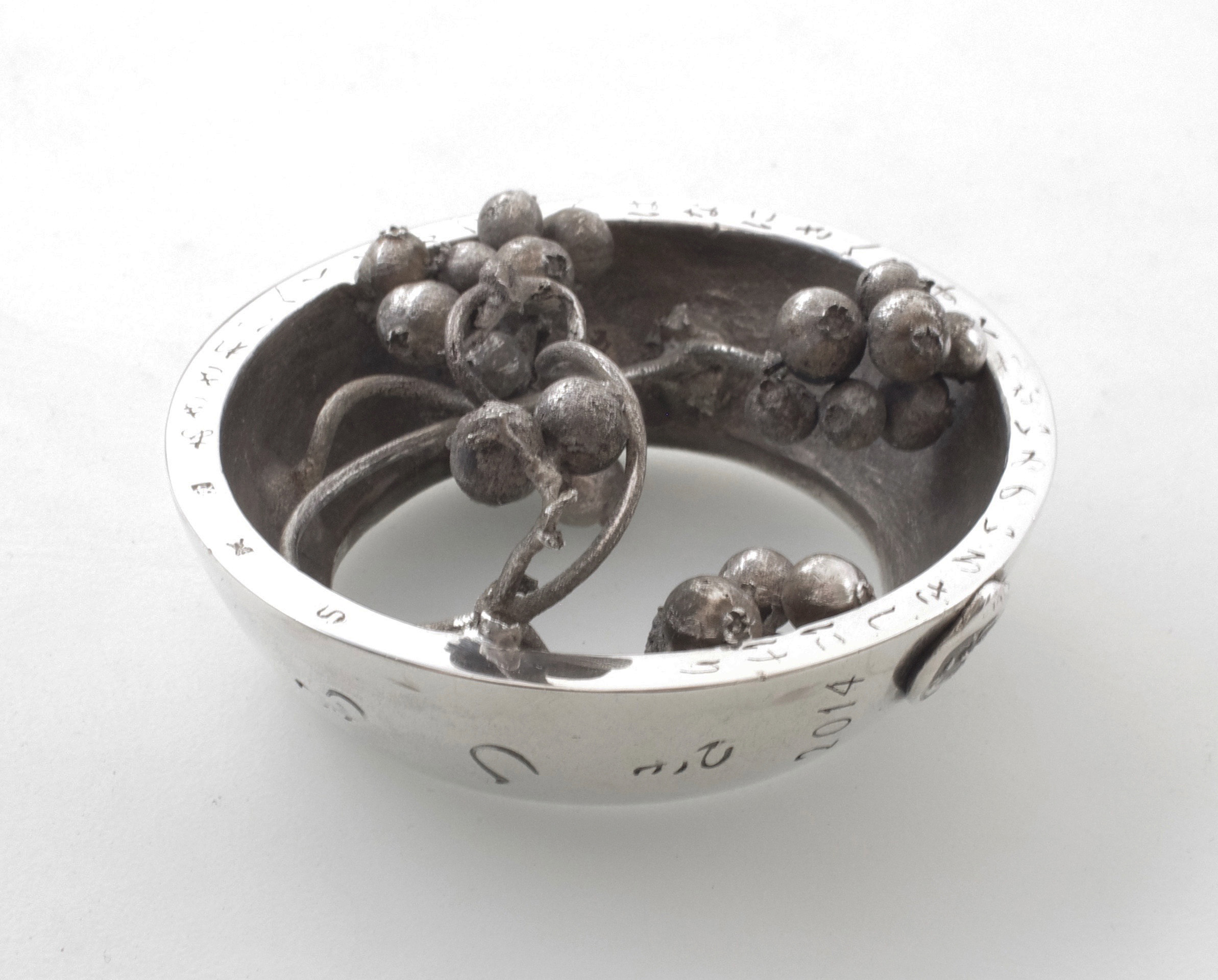 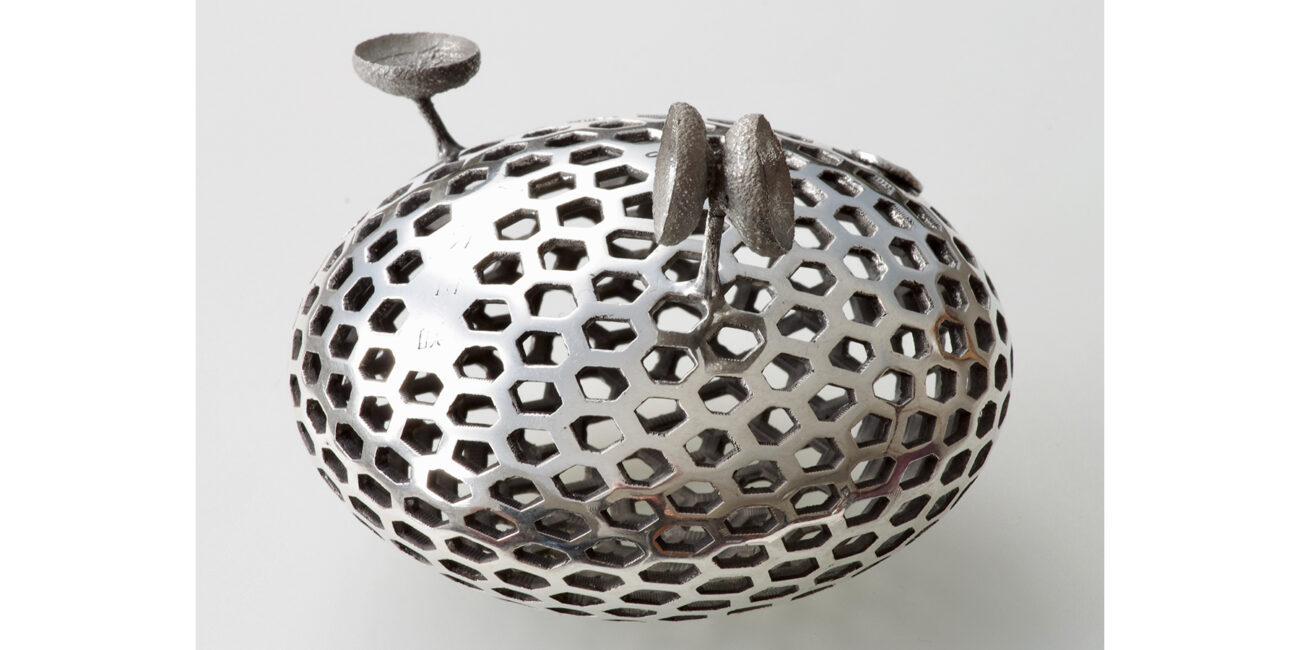 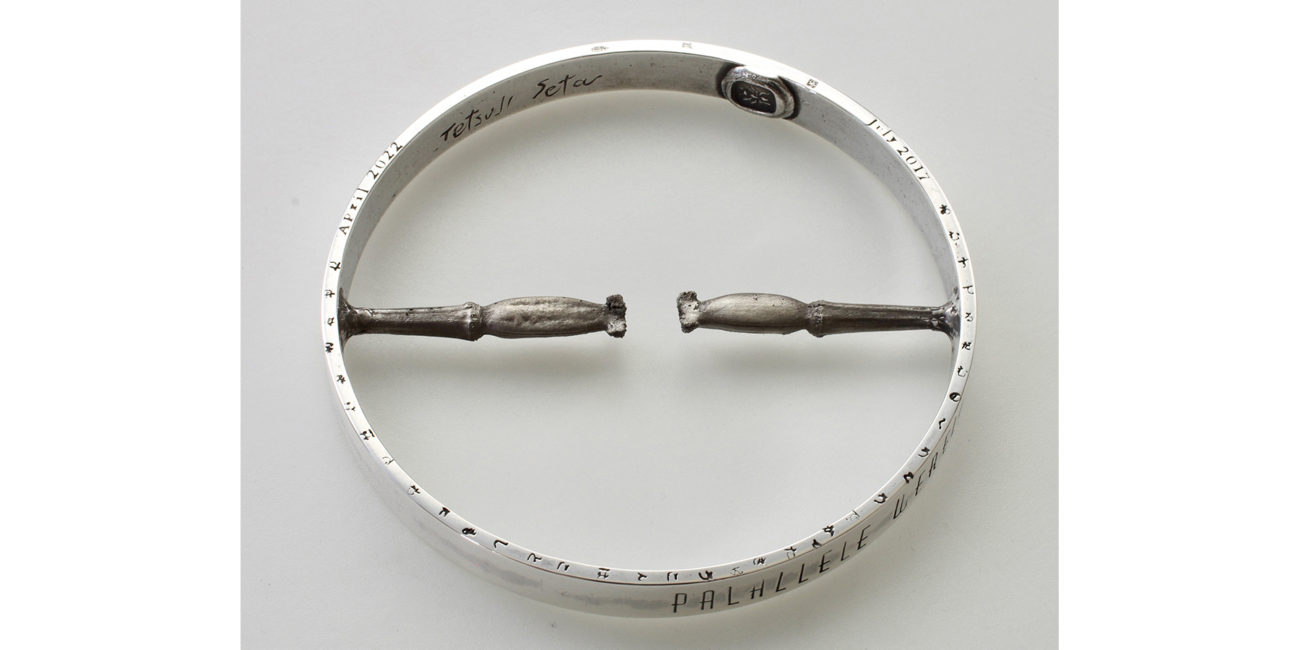 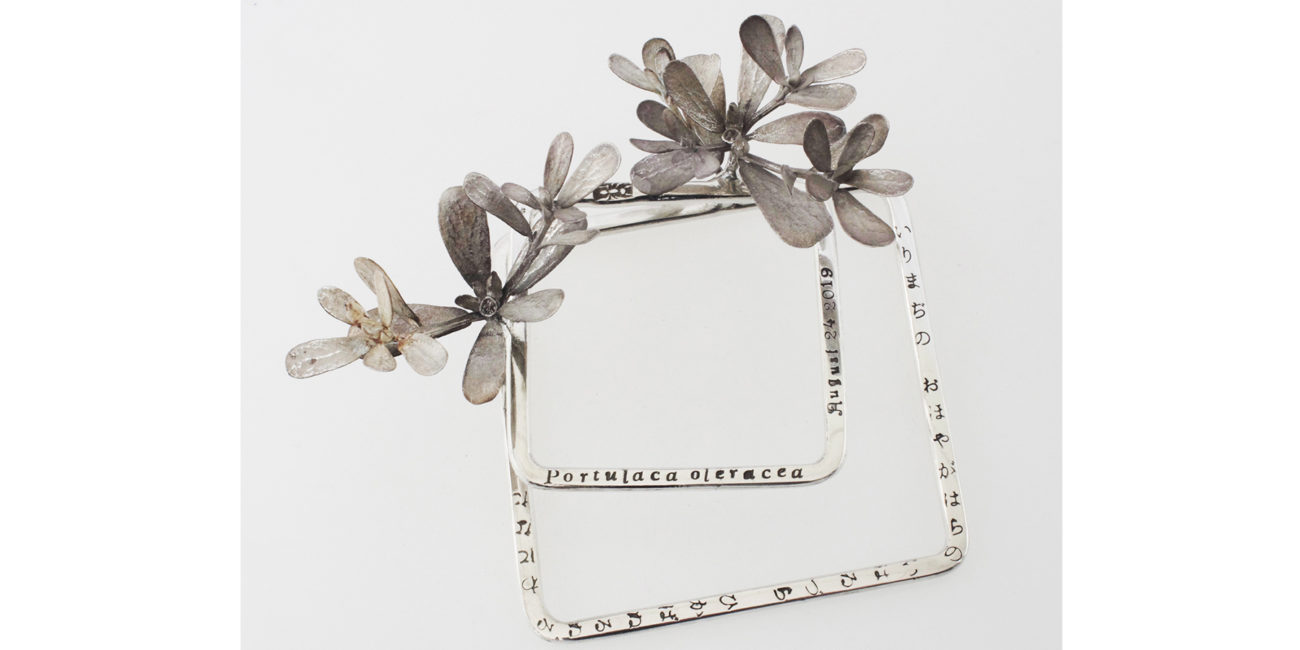