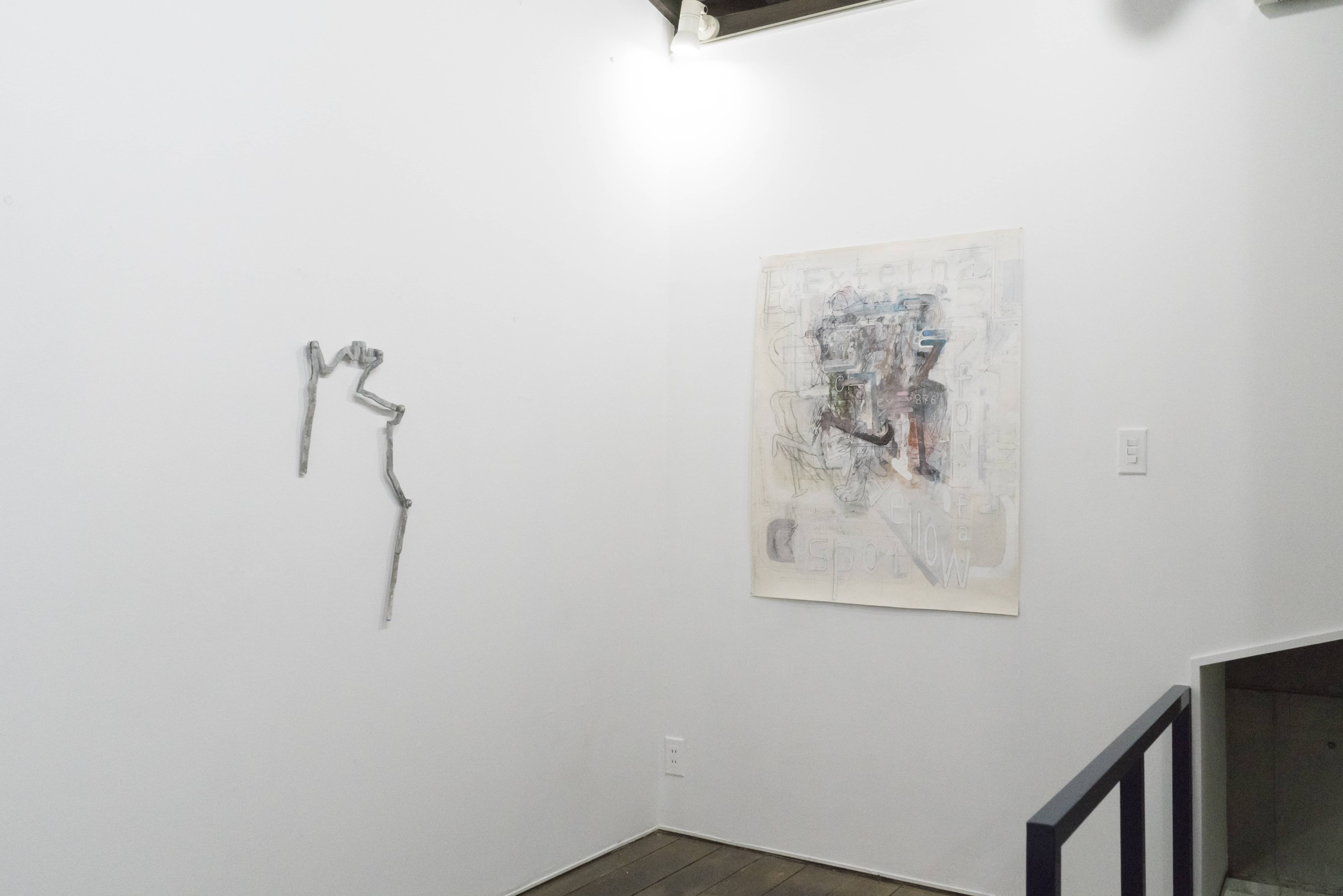 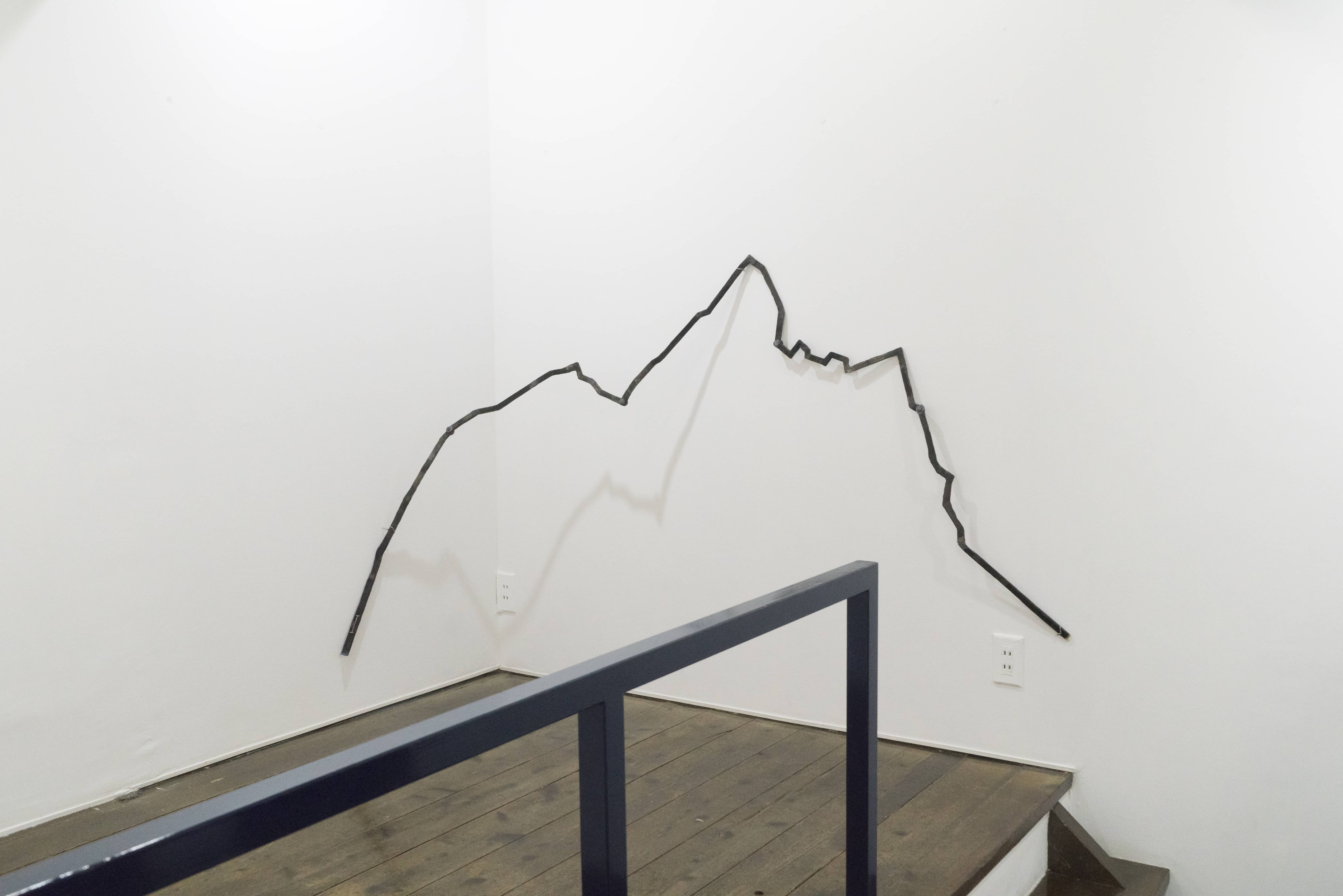 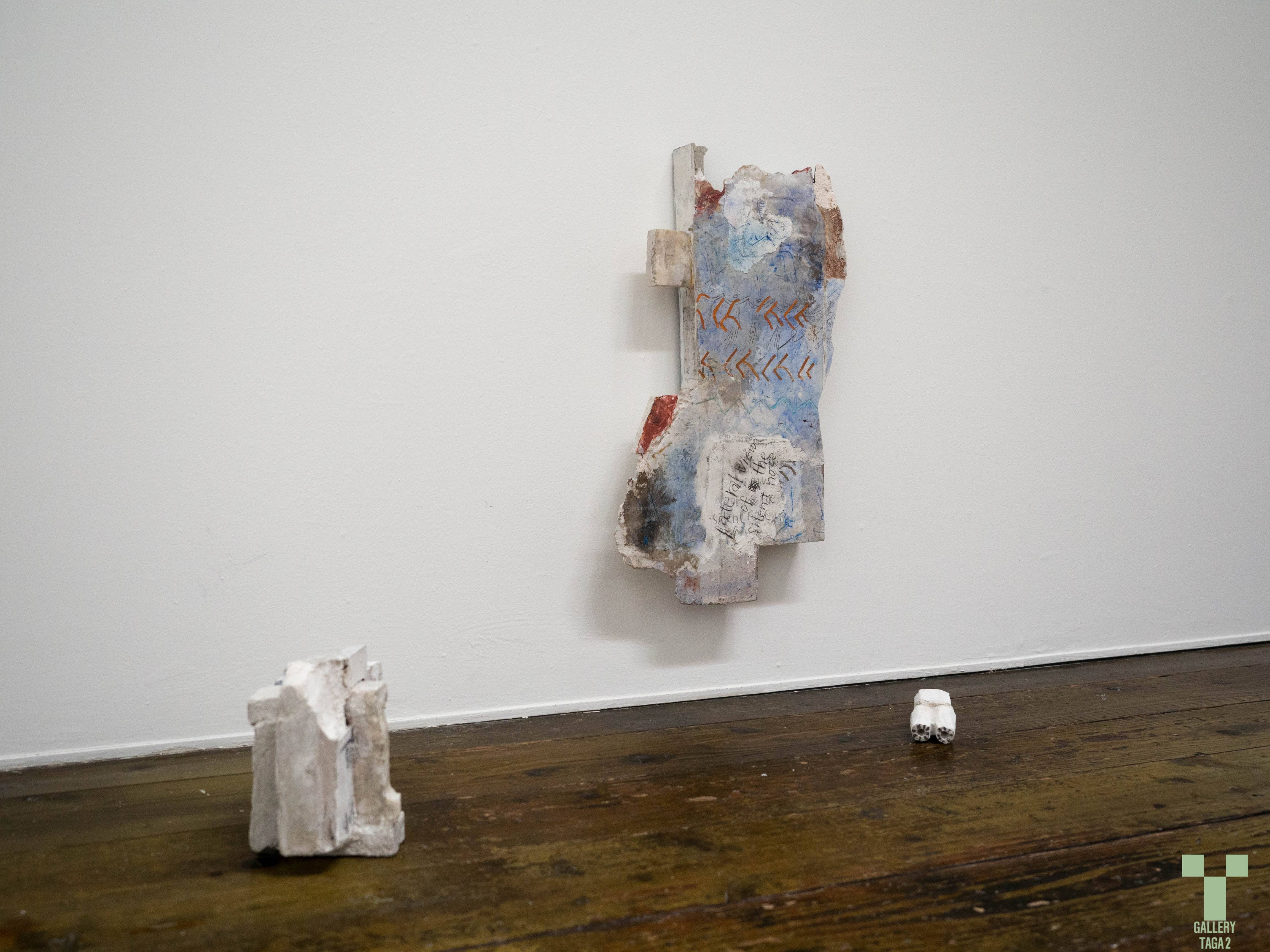 Moe Yoshida was born in 1975 in Kakogawa, Japan. Lives and works in New York, Bologna.
Her artistic interest is to visualize the structure of identity made of emotional memories, dreams, fragments of images that appear within a subjective sense of time.
Through collaborative experiences developed while performing in theater, her main theme has expanded in various media such as drawing, sculpture, performance and video.
In her drawing work, Yoshida builds a pictorial universe of forms and lines stemming from the depiction of the human body, for example segments of legs, eyes, ears, hair or mouth. These forms, schematized in her own way, appear mostly as abstract elements.
She also often uses text. By inserting words that describe parts of human body into the drawing mass, she tries to create a time-space relationship between “seeing” and “reading”. For her, drawing means to compose a narrative by creating pictorial units that appear as incomplete ideograms.
Other elements appear as overlaid structures, they originate from the desire to create a layered surface through a particular use of modeling paste: a thin translucent layer is employed as an eraser, creating a new surface to be redrawn upon. The process is then repeated while often carving the same surface to break lines and forms. The repetition of this act of break and repair is a manner of discovering a hidden narrative through the emergence of memory. 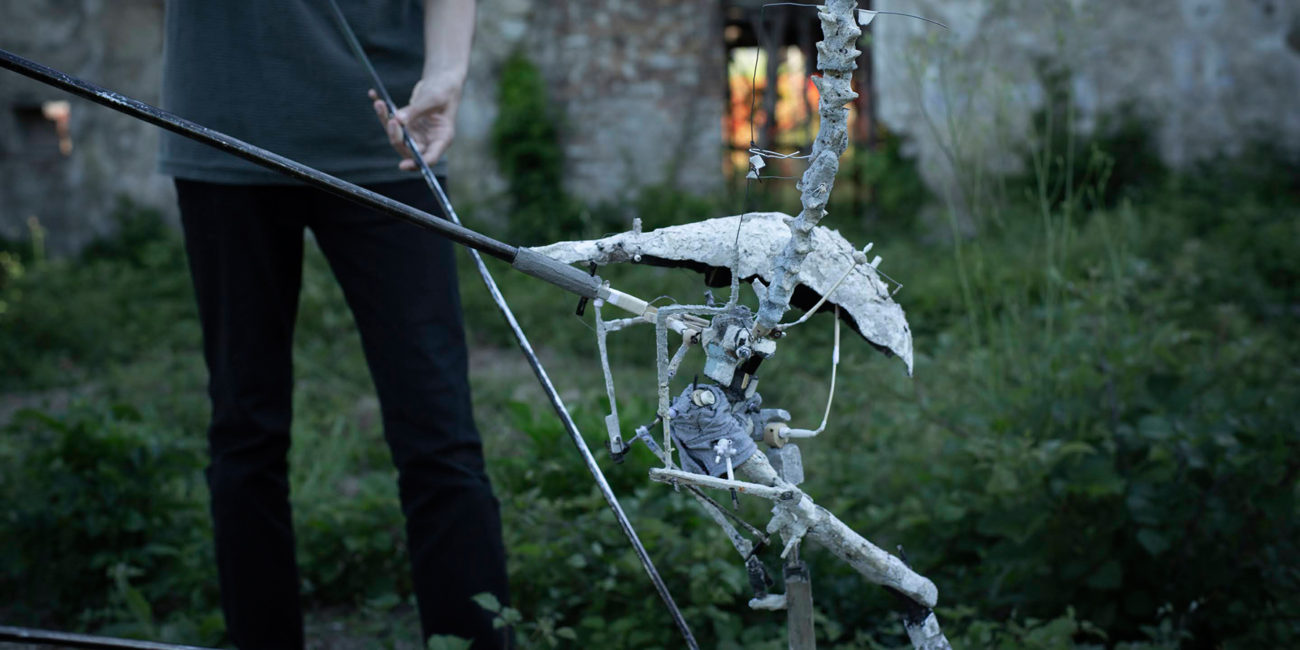 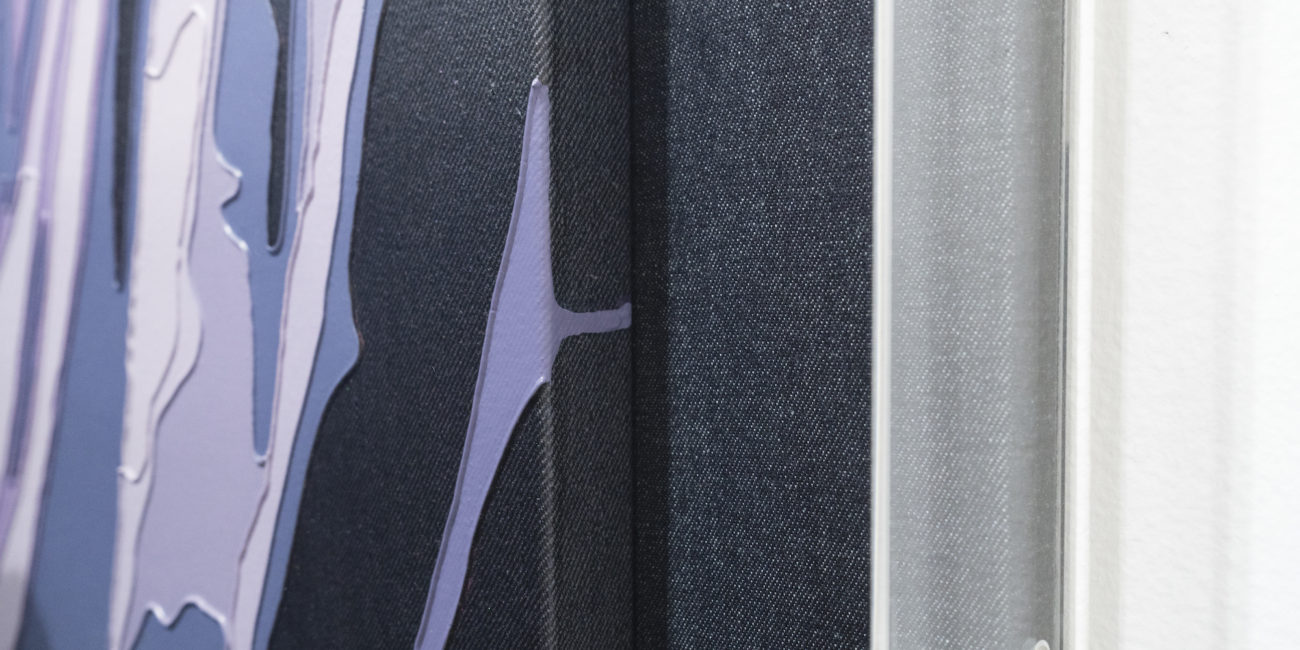 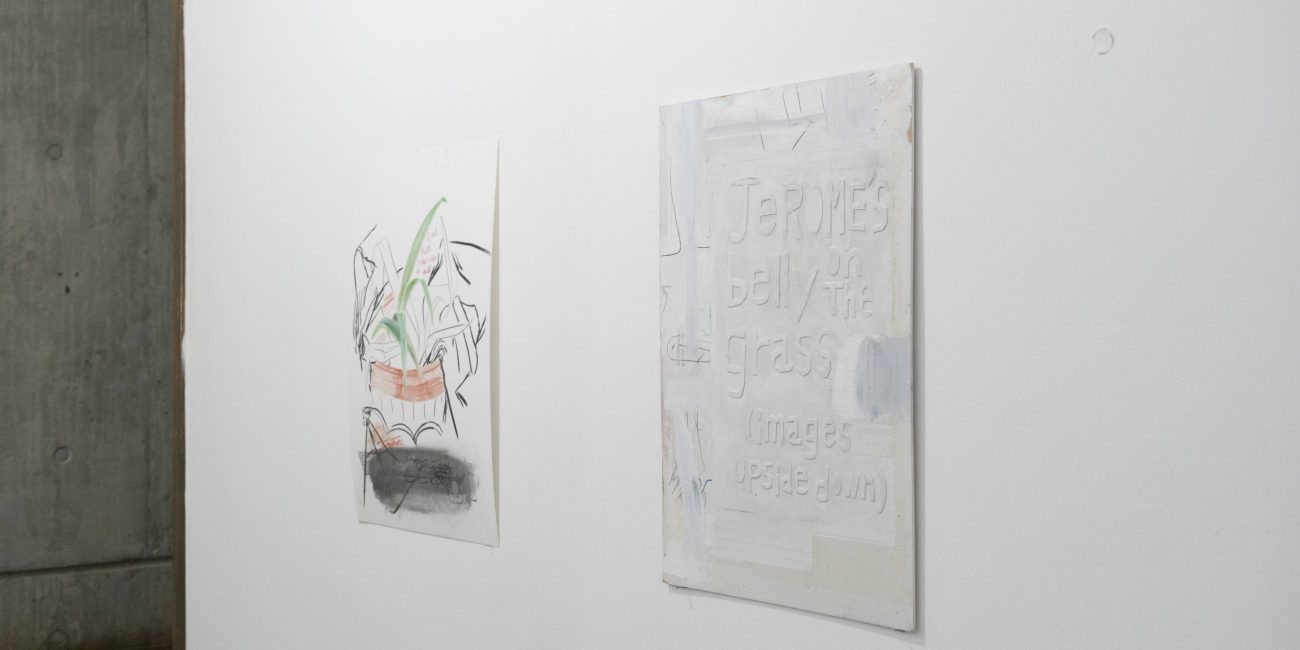 鰓を介して象をイメージする / Imagining an elephants through the gills, 2017 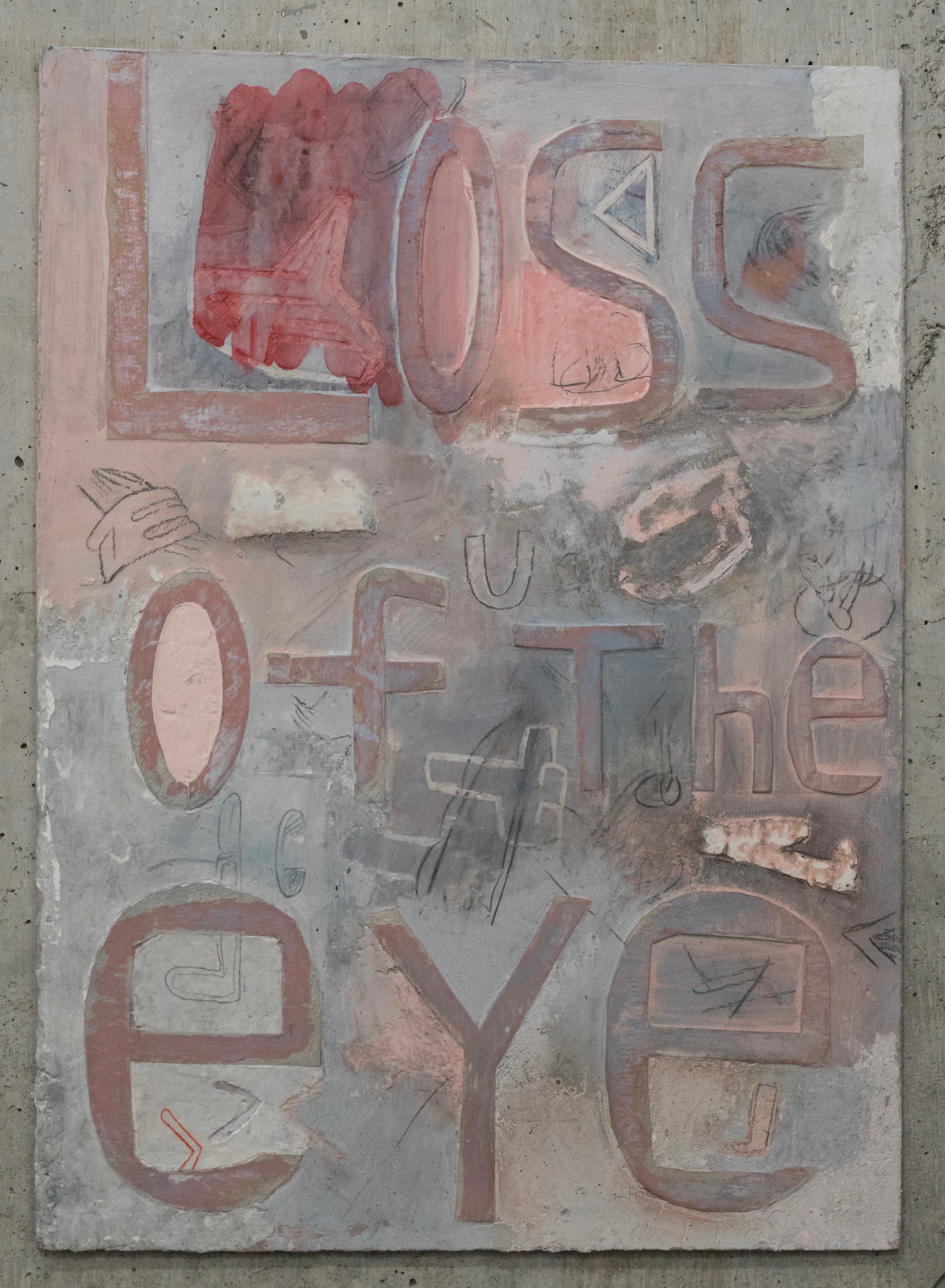 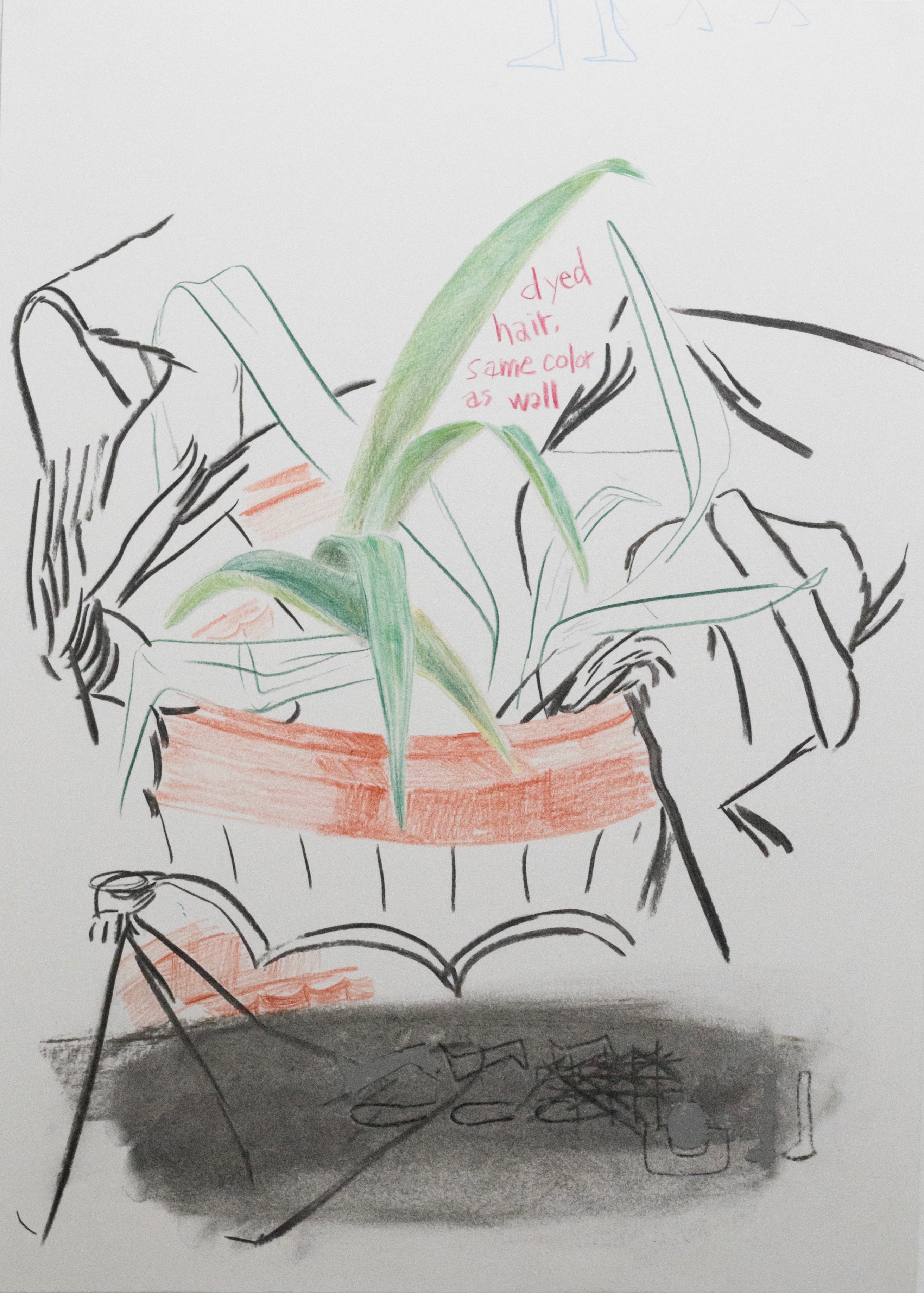 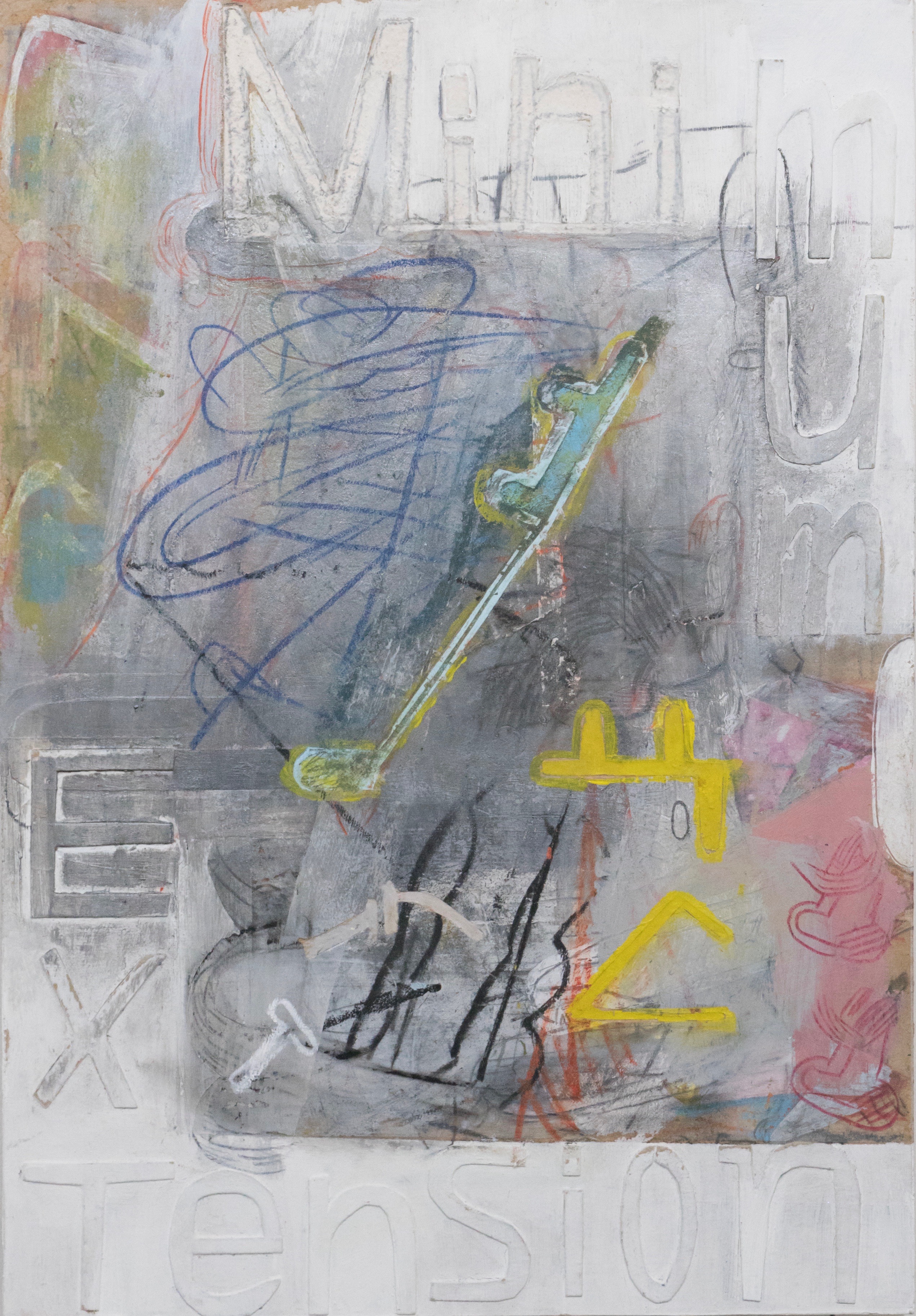 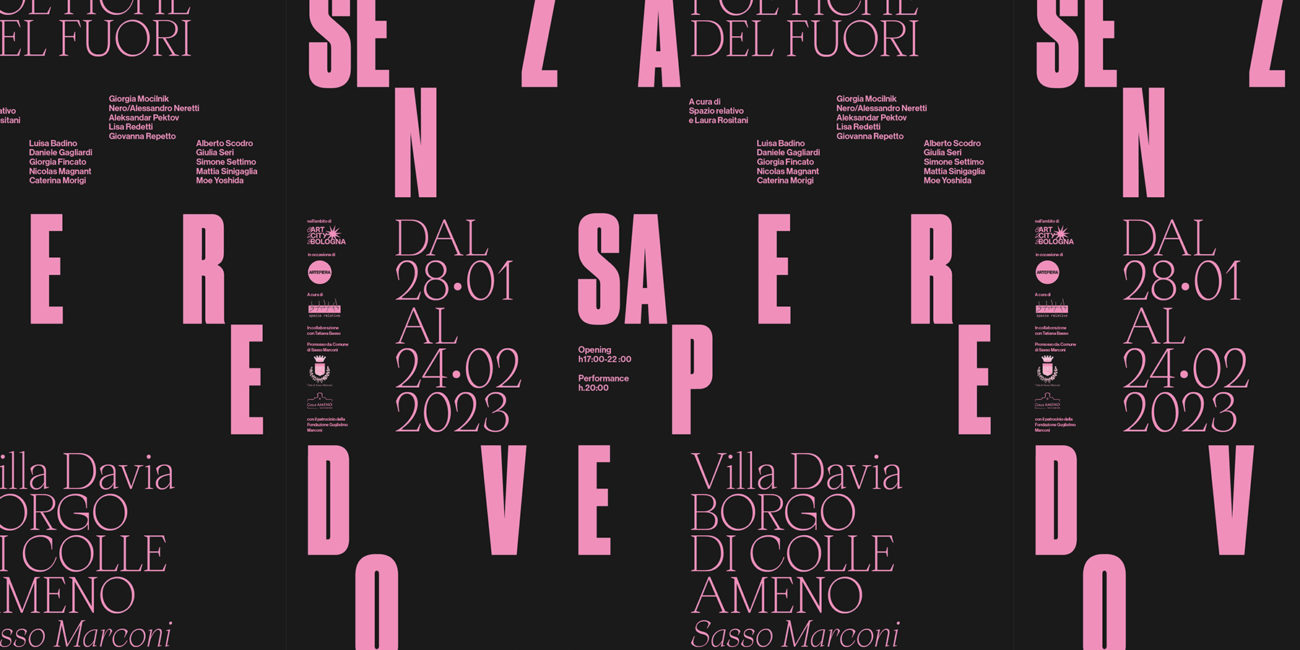 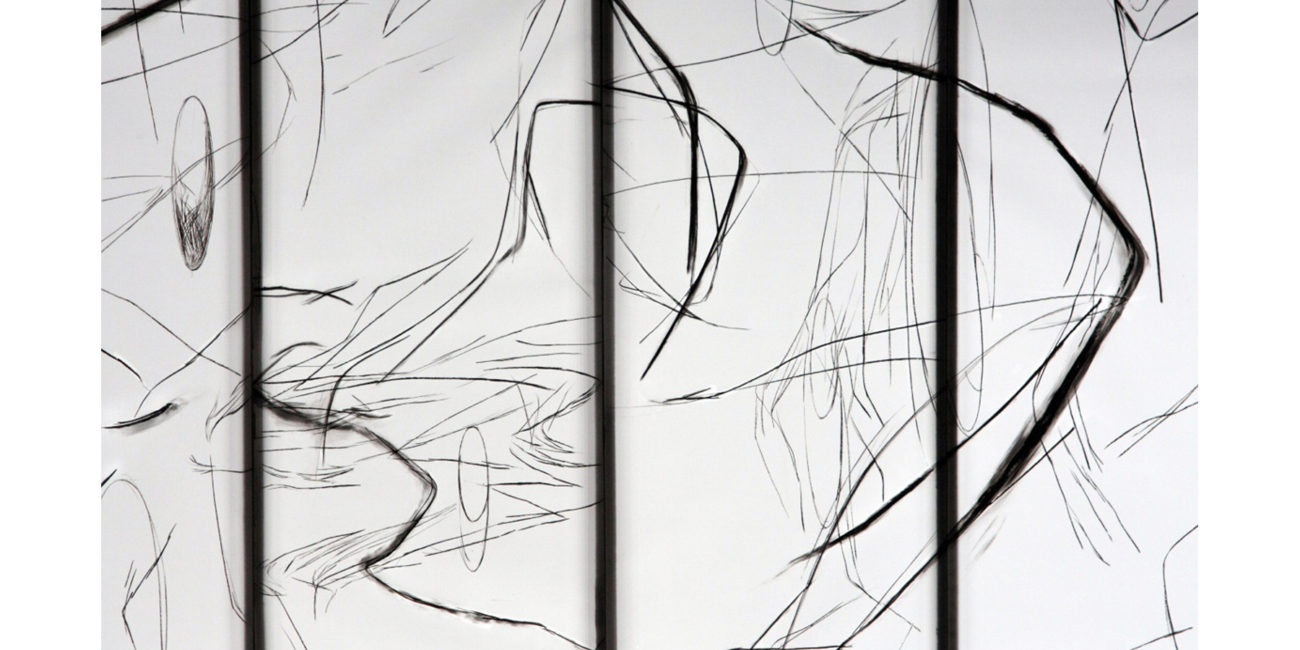 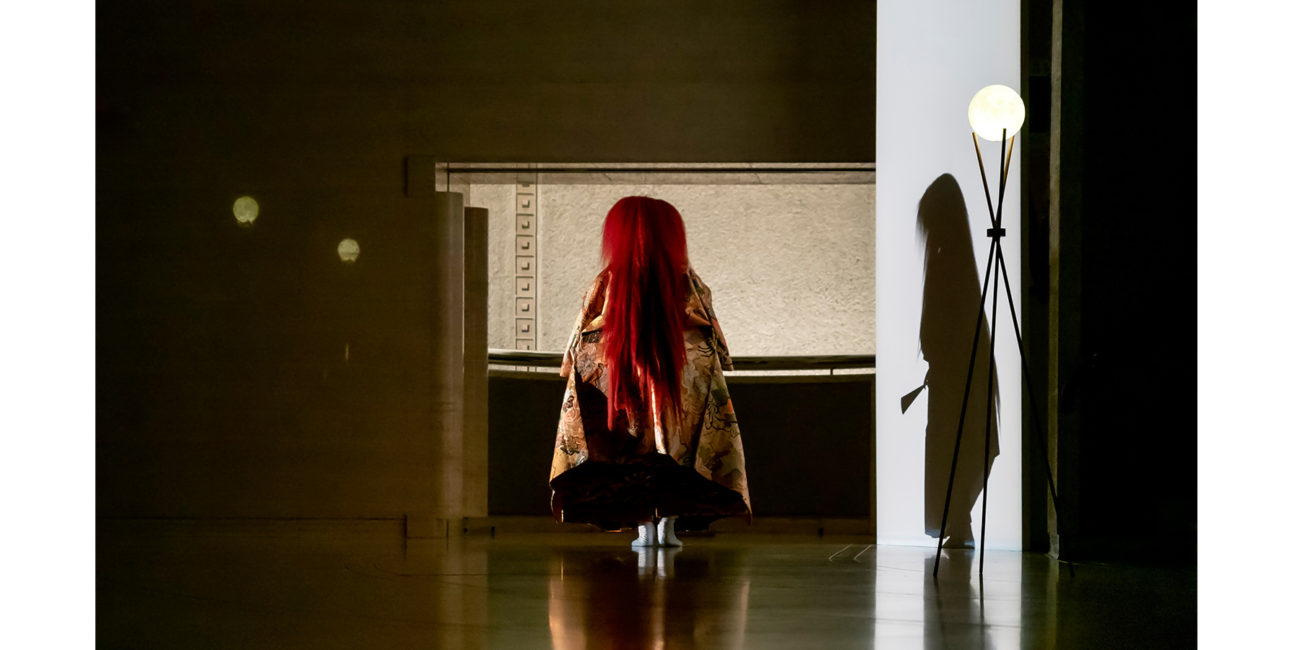 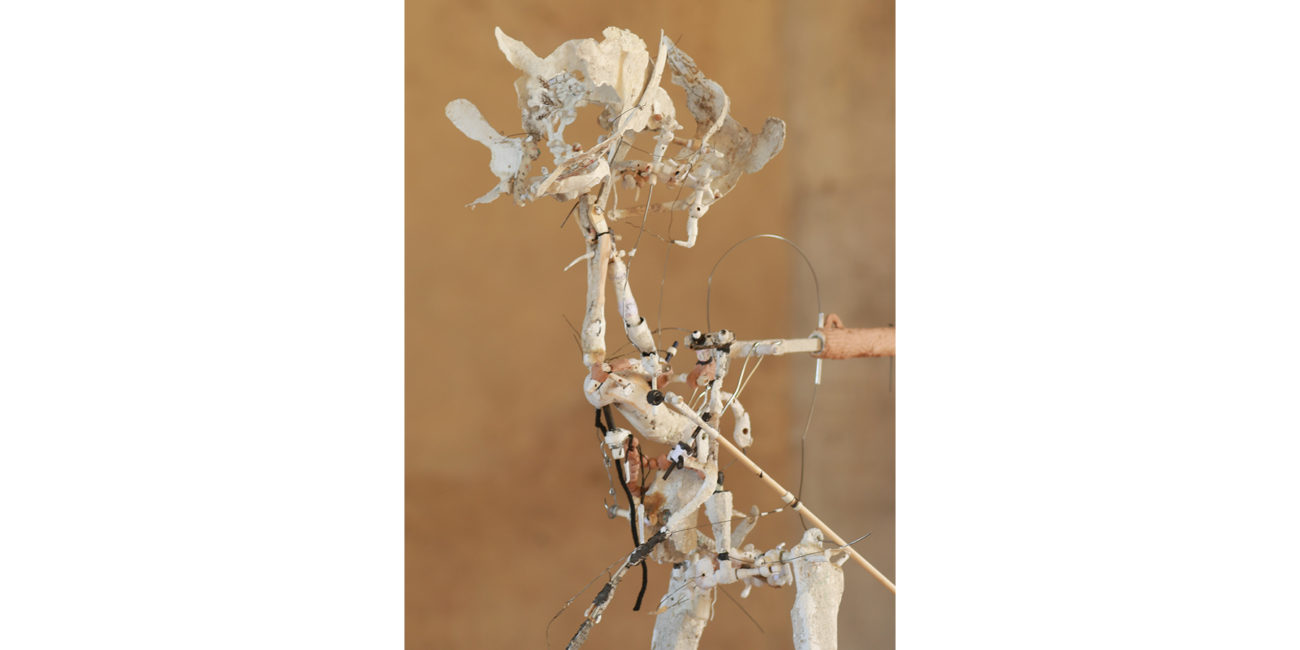